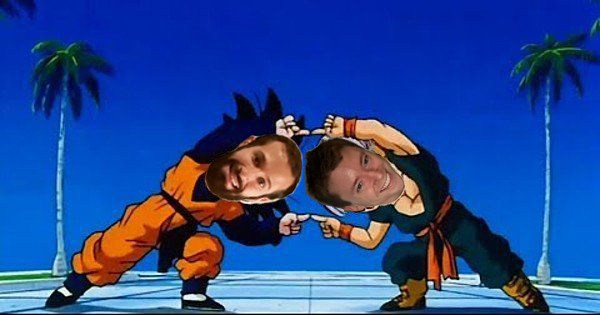 By BPM Hill in Everything, New Music, Reviews on April 5, 2021
One comment

Welcome to the Easter Weekend Edition of 2+2 with BPMHill and George Folz.  Thanks for coming back or joining in for the first time.  I can’t say that any of these tracks have a particular Easter vibe; hell the first track out of the gate is most definitely about some dark shit.  That said, nothing wrong with some tracks that are perfect for an easter egg hunt within a living room circle pit.  Fun for the whole family!  Without further ado, check out the latest songs we recommend:

Harakiri For The Sky – Sing for the Damage We’ve Done

BH: Though I’ve heard of Harakiri For The Sky previously, I’ll admit their new album Maere is the first I’ve listened to fully.  What really reeled me in was that one of the guests on the album is none other than Neige from Alcest.

The track “Sing for the Damage We’ve Done” is the very one to feature him.  It’s one of the stronger tracks on the full length, though Maere is a consistent bruiser and well-worth a listen!

Anyhow, one of the first things I noticed is how good the production on this album is.  Really crispy.  There’s a nice balance of the more clean, beautiful segments of the song mixed with the brutal passages and main riff.

The drums are really good here.  Which, side note, there are only two members in this band.  Matthias Sollak handles drums, guitar AND bass duties on the studio releases.  Michael V. Wahntraum handles vocals.

And here I thought Rush had a pretty large sound with 3 gents but Harakiri for the Sky is a 2 man project and you’d never know it.

I do get some Deafheaven and Alcest vibes throughout this song (and album) but honestly, Harakiri for the Sky are definitely on their own path.  This is one of my favorite songs of the year so far.

George, I’d love to get your thoughts here.  I know you’re familiar with Neige and Alcest.  What did you think of his vocal contributions on the song?  Is this the first song you’ve heard from the Austrian duo?  What caught your ear here?

GF: I thought the vocal contributions here were wonderful. Neige is a perfectly capable singer, and I love his traditional vocals on Alcest’s releases. That said, when he gets wild it, and opts to scream instead, I’m all for it.

There’s a passion to his harsh vocals that strikes me as very genuine– he’s real-deal, going all the way in, and I feel like this separates him from some of his peers.

I’m glad you mentioned the drums on here, because they’re magnificent, and probably the first thing after Neige’s guest vocals that really caught my ear. Mr. Sollak is really, really, working, and I appreciate both his precision and energy level. In both instances, he’s bringing some enviable craft to the proceedings.

I’d not heard of them until you put me on to them, so I’m definitely glad to hear that the album itself is strong too. I’ll definitely be giving it a spin this week.

Bodom After Midnight – Paint the Sky with Blood

BH: Where do I even begin here.  This is one of the final three songs created by Alexi Laiho (Children of Bodom) before he passed away late last year.  Laiho has been a part of my musical life since high school in the early 2000’s when some friends got me hooked on the COB album, Follow the Reaper.  The way Laiho and the band managed to repeatedly blend raw aggression, power metal synths a la Stratovarius and some seriously catchy melodies completely blew my teenage mind.

They were actually one of the first bands I saw live towards the end of high school and I actually flew out of state to see them perform with Evergrey and Iced Earth.  I also was lucky enough to see Laiho during his final concert in the LA area which was a phenomenal concert.

Bodom After Midnight was formed recently as Laiho parted ways with his old bandmates in Children of Bodom and the rest of the group kept the band name.  So Laiho created a new group that would stay in the spirit of Children of Bodom.

“Paint the Sky with Blood” sounds like a brew of songs from the albums Hate Crew Deathroll, Are You Dead Yet?, and Hexed which I’m ALL about.

This song absolutely slays with the old school synths laced in with typically brOOtal Laiho riffage and vocals.  Love the gang vocals here too.

Can’t wait to hear the other two songs from the upcoming EP that will be releasing this month.  In the meantime, back to jamming this soon to be classic from Bodom After Midnight AKA Laiho, Waltteri Wayrynen, Mitja Toivonen, and Lauri Salomaa.

This is my first exposure to Ghengis Tron, and… yow.

Idk, I feel like this song really SHOULDN’T work, but it manages to be nothing short of transcendent– at least to these ears.

If you were to blend the more rickety-sounding bits of Zach Hill’s drumming from his Team Sleep days with Ultravox, Duran, Duran, and the proggier aspects of Elder’s latest album, you’d have this.

I’m sure that doesn’t sound appetizing at face value, but please trust me when I say that this is one of the more adventurous and rewarding pieces of music that you’ll hear this year.

Is this metal? I dunno, maybe not. It’s not straight-up new wave either, and it’s also not the collision of those two things that say… 80s King Crimson might bring to mind.

I think calling it prog would be acceptable, though it features no sorts of guitar theatrics. The is pretty frenzied throughout, but the instrumentation morphs over and over throughout the song’s runtime. Synthesizers in the song’s introduction sound tense against an analog drum kit (with the occasional synth snare hit?) but as the song moves along, things get with much more cohesion.

I feel bad that I’m not able to talk about this in a way that’s not so vague, but I feel like you really have to listen to it to fully understand.

If you hate me, sound off in the comments, but I have a feeling that you’re gonna love this.

BH: Yeah I’m with you, George, in that I’m not totally sure how to categorize this track but I think that’s ok.  Has some Nintendocore and Synthwave vibes in certain parts I suppose but they’re kind of operating in a few different genres here.

Speaking of, the brightness of the synths is really appealing and Genghis Tron do bring to mind various prog bands such as Cynic that utilize synths in this way.

With the drumming, I want to point out that this album is actually the first album from the band to actually use a drummer as the other albums have had a drum machine.  I find this a little funny, particularly that their previous albums are more traditionally heavy where as this track is really led by the synths and much calmer in general.  I do love that the group recruited Nick Yachshyn from Sumac and Baptists to handle drums as the dude is an absolute monster behind the kit.  I’m a big fan of Sumac and he’s an incredibly tight drummer despite doing a ton of improv-ish segments in those songs.

Anyhow, “Pyrocene” has a really nice groove throughout.  There’s also a very dreamy passage towards the end that is probably my favorite part of the song.  I’m very curious if the vocals are clean throughout the new album as previous Genghis Tron albums implemented extreme vocals.  I do prefer a mix of the styles, though on this particular track, I think the vocals work quite well.

I’m not sure if I’ve ever heard a Xiu Xiu track, but Sharon Van Etten is most certainly one of my favorite vocalists making music today.

I’ll listen to anything that she does. I believe her to be a master craftsperson, with an uncommonly beautiful voice.

In collaboration with Xiu Xiu, she gets to flex in both departments, but not in an egregious way.

The verses are a low-key, subtle affairs. They almost recall Deftones, “Pink Cellphone,”– big on atmosphere and mood, but not explicitly narrative? There’s singing, kinda– both from Jamie Stewart and Van Etten, but I feel like they’re really just an excuse for a respite in between the explosion of aural bliss, that is the chorus.

Is it possible to HEAR the most dazzling flower known to humanity, bloom to life with the speed on a firework over and over? If it is, that’s what we’re treated to in the chorus, and it’s lovely. To be clear, I’m speaking to the rhythmic nature, and sensation of the strummed guitar we hear during this section of the song. It’s bright, and filled with warmth, rising and falling like a plant. It’s a perfect backdrop for the twin vocal leads from Stewart and Van Etten, which in and of themselves, are also quite striking.

If it’s not obvious, I’m over the moon for this song, so instead of attempting to heap more praise upon it, I’m just going to leave the link below, and you can enjoy it yourself.

View all posts by BPM Hill